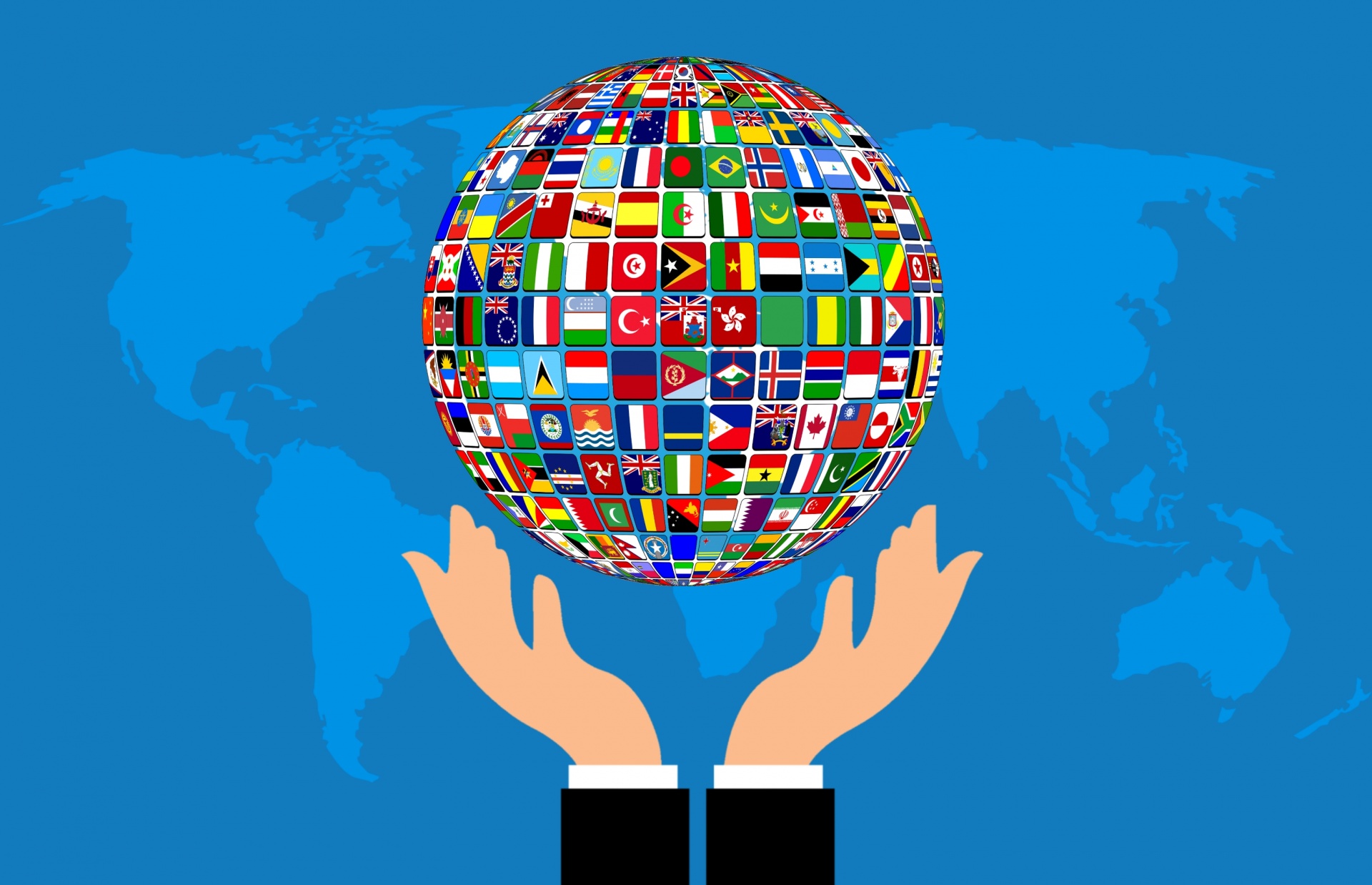 Translation in its meaning is a much broader concept than Arabization, which is only a small part of the so-called translation process. The term Arabization is often used synonymously with the phrase “translation of words or text into Arabic”.

Arabization is the process of using foreign words in the Arabic manner, distorting their pronunciation or meaning. Also, Arabization is the process of using the Arabic language in all academic fields in order to supplant all foreign languages. Arabs still face the problem of discrimination against their mother tongue in science, and the solution to this problem depends only on stable political views.

The language of science at the University of Aden 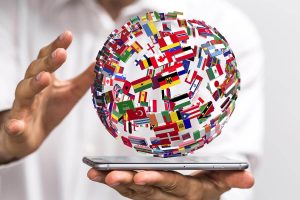 In 1970, the University of Aden was founded, English was the only language permitted for use at the time, and therefore the majority of the teaching staff were foreigners. The administration also had a good command of the language of the conquerors, who nevertheless left Aden three years later. In the late seventies, most colleges, including scientific ones, recruited teachers who graduated from high schools under the communist system, and who were not enthusiastic about teaching in English. They quite often resorted to the help of educational materials from which they studied themselves, written in their language. And the students who entered the university were not so good at English that they would study in it. Therefore, most of the teachers read their subjects in Arabic, but the students’ exams were taken in English.

This continued until 1988, when the college council decided to pass a law that allowed both teaching and examinations in Arabic. The agrarian sciences have been taught in Arabic since the founding of the Nasser Agrarian Institute in 1969. In 1972, it became a college, and among the teachers there were scientists who spoke English a little, and thanks to them, English-language literature and scientific materials appeared in the library.

At the College of Engineering at the University of Aden (founded in 1978), English is still used today for lectures and examinations. This is due to the fact that this college was created under the Mulla Industrial Institute, which was founded in 1950, when the British still occupied Aden, and therefore English was the only language of instruction, and in connection with which many students had difficulties.

In 1981, the Institute of Foreign Languages ​​was founded, its main task was aimed at the development of linguistic education for teaching staff, students and also staff. In 1991, teams of researchers were formed at the university, among which there was a team of translators, their main goal was translations from foreign languages ​​into Arabic, Arabization of the entire culture. In 1996, the team released the first periodicals “Al-Tawasol” or “Communication”. Unfortunately, the broad publishing of periodicals through the Scientific Center has ceased, but continued to exist at the university.

Teaching and Translation, was founded in 1996 to support the university’s translation initiatives. And the UA encouraged its staff to translate books and scientific materials into Arabic by publishing them in its own publishing house. But, unfortunately, translation activity is not getting the desired development, due to the insufficient number of qualified translators.

After the opening of the publishing house at the University of Aden, the number of periodicals, books, scientific materials increased, but most of them are about the humanities, and not about the natural and applied sciences.

During a seminar in 1999 at the University of Aden, a professor of this university presented a scientific work on the topic “The role of translation in scientific research at the University of Aden.” His research showed that most graduate students wrote their dissertations in foreign languages, used foreign sources for lectures and scientific research. Therefore, translation of texts is an integral part of the scientific activities of many teachers. The University of Aden showed its deep interest in the issue of Arabization when it organized the fourth forum for Arabizers at the end of October 2002. One of its participants was Professor Syed A. Al Noban, who provided information on the need to use appropriate dictionaries to work on scientific translations. He also talked about the difficulties of conveying context in machine translation.
Do you understand, computer? The machine translation myth

“The myth of fully automated translation is just a myth. The languages ​​are too complex for us to automate the entire process, ”Mark Lancaster, executive director of the UK commercial translation company LPO (Software Lab), told the Financial Times today.

If you, as an information professional, ever need to process a source of badly needed research data in a foreign language, you will need to use professional translation services. But what if you need to master a large amount of information, and attracting a team of people for this does not suit you in terms of time or money? Could automated or machine translation be an alternative?

Of course, machine translation isn’t perfect. There are difficulties that Lancaster talks about, and, as the article emphasizes, significant human intervention in this process is still important.

For any specialist in the field of information (for example, for those who work in the technical industry or in the field of patent research), the experience of understanding, as well as processing of foreign language tools, becomes a complex problem. Linguistic obstacles that researchers may face are the correct translation of different syntactic constructs and meanings of words in comparison with their native language. There are many complex factors to consider when relying on machine translation to understand the subtleties Lancaster mentions.

Let’s take the same example of patent experiments. The researcher can search for the necessary, but little-known information in some Southeast Asian country. The structure of Korean, Japanese, or Chinese is significantly different from that of Western Romance languages. An article in the Financial Times points out that “Japanese two-byte print projects” take a very long time. “Two bytes,” the Financial Times explains, is “the number of bytes required to encode Japanese, Chinese, or Korean text. English is a single-byte language. “ 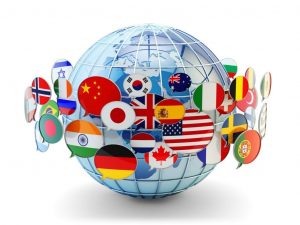 It all reminded me of the November meeting on Machine Translation and Patent Research at the Information Service Tools (ISDS) Symposium, which I had an ezine about. In Korean, there are several ways to convey the concept of red. In Chinese, the position of a word in a sentence can significantly change its meaning, therefore, when translating into a language that differs in structure, some difficulties arise that must be dealt with. The speakers in this meeting have finely detailed these differences, emphasizing what exactly needs to be paid attention to and what work needs to be done. It must be said that in the case of patent research, proper registration of patent data was of great importance in achieving positive results.

Dr. Barrow Diallo, as the head of research at the European Patent Office (EPAV) and the main speaker on machine translation in the ATPOI, has prepared a rather detailed classification of the issues raised. His department is developing various software tools that are designed to help monitors find information.

Diallo acknowledges that there are still many challenges to overcome on the road to the EPAV’s five-year machine translation research project. He believes that the lessons learned from the translation of information on European patent research, as well as the development of new technologies, may indicate that the ready-made, translated materials currently available will be sufficient to improve the productivity of patent workers. It would also be useful to work on complex differences in information sources in Europe and Southeast Asia.

On the positive side of Diallo’s presentation, all the difficulties that need to be overcome in machine translation have been carefully interpreted. These difficulties stimulate (especially non-professionals), the summit remains unconquered. But the positive achievements of European, Korean and Chinese experts in such a testing field of research deserve to be heard.